The North East Child Poverty Commission does what it says on the tin: it seeks to reduce child poverty in the north east of England. To understand the scale and nature of an issue as big as child poverty, you need data. However, much of the available data is aggregate public data that is out of date and does not provide enough geographic granularity. Official data is provided several years in arrears and much of it is not available at a local level. This makes it hard to identify and react to increases in poverty affecting children.

The Commission attended a DataKind UK DataDive to explore how they could gain a more real-time understanding of the issue and communicate the data in a more actionable way to encourage immediate responses. They wanted to answer questions such as: which children are affected by poverty in the North East? Where are the current concentrations of child poverty?

Now, this was not just your usual DataDive though. Another charity, Citizens Advice Bureau, a national charity that provides free advice and information on civil matters to the public, had opened up its data and shared it with the other charities at the DataDive. Could the Commission use Citizens Advice data as a current, local proxy indicator for child poverty? How could the Commission use its existing data to develop an interactive online data tool for child poverty indicators?

During the DataKind UK Autumn DataDive at the Royal Statistical Society, the North East Child Poverty Commission was represented by Robin Beveridge. He worked closely with three incredible DataKind UK Data Ambassadors, Eric Hannell, Abhay Bagai and Andy Lulham, who lead the team throughout the weekend.

Robin had collated a lot of public data from various government departments. The team of twenty volunteers split into two groups – one looking at what the Citizens Advice data could offer and the other began developing the interactive visualization. 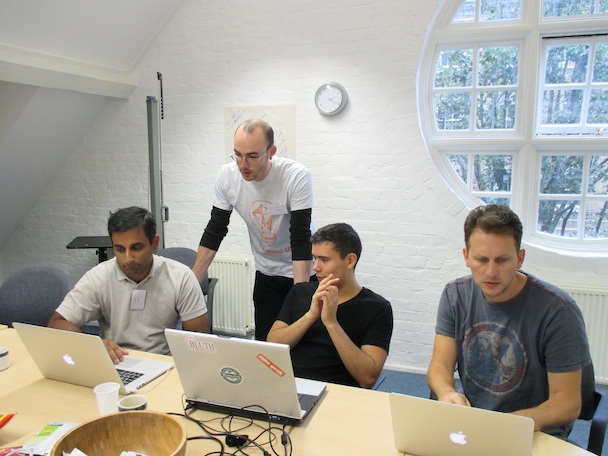 After much analysis, the first group concluded that unfortunately the Citizens Advice data could not be used as an indicator of child poverty as it was not statistically significant. The number of people using Citizens Advice services is too small to be representative of the wider population. The team moved on to see whether there were other data sets that could be used as a proxy indicator to predict child poverty. They discovered tax credit data related to benefits that seemed promising. However, Robin subsequently realized that this dataset is already used to create the UK’s official child poverty data, which is why the correlation was so strong!

The team had a lot more success with the interactive visualization. The volunteers began developing a series of visuals in Tableau Public which wowed the Commission. They also had an epiphany when they discovered that a DataKind project in the U.S. was remarkably similar! They repurposed code from the DC Action for Kids project and, within a matter of hours, had produced an interactive map. The map enabled the user to choose the data they were interested in and drill down to the local ward level to see how that indicator changed across the region. 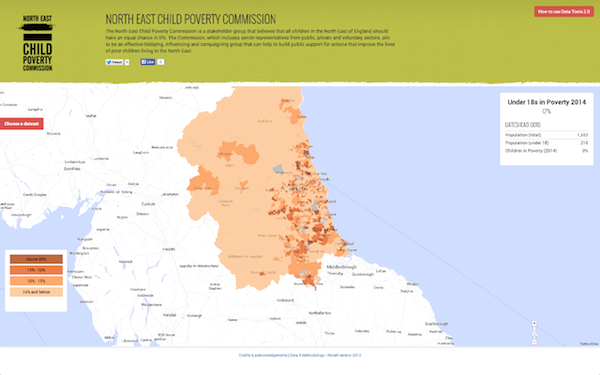 The North East Child Poverty Commission is still in touch with a couple of the Data Ambassadors. They are continuing to work on the project and develop the visualisations so that they can be published on the North East Child Poverty Commission website in the coming months and used as a way to give people a more nuanced understanding of the topic. Robin was thrilled by the results and has offered his support to help DataKind UK run a DataDive in the North East of England. Watch out Newcastle!